Why You Don't Want to be Carrie Bradshaw

Carrie Bradshaw's life is not glamourous, or else you'd be living it

That's it. I'm tired of it. Women of the world, please, for the sake of everything that is humane, stop obsessing over Carrie Bradshaw. Stop saying things like, "Isn't she glamourous!" Or worse, "I want to be her!"

Carrie Bradshaw was a woman chasing after a man. That is all she was. That was her character. She was nothing more and nothing less than that. Sure, she lived in New York City and sure she was a writer, but neither of those things are romantic, glamourous or even out of the realm of anything you, yourself, could do.

For all aspiring writers out there, being a writer isn't difficult. Find your platform, publish your stuff and I promise with the vastness that is the Internet, someone will find it and read it and maybe, if you are a good writer, they will be inspired by it.

And yet, you don't even have to be a good writer to inspire others with your writing. You just have to say stuff that they already know to be true. Comedians always say that the best, funniest jokes are the ones that people have already heard, and know that they like. This has nothing to do with the comedian being funny or not. It is human psychology. Tell someone something they already know to be true, and they will praise you for delighting them with knowledge of the supreme. Also, they will be vindicated as having been right all along.

Done. There you have it. The glamourous life of Carrie Bradshaw explained. She moved herself to New York City, bought a tiny studio is a less than desirable area (really, nobody but the four to five piece family set are clamoring to the Upper East Side), and wrote about things people already knew to be true: the differences between men and women and how they view dating and sex.

So, hardworking, independent ladies of the world: Carrie Bradshaw is not your idol. She may be your sad, spends-way-too-much-on-shoes-to-suffice-for-her-obsession-over-but-lack-of-a-man friend, but she is not who you want to be. She is not glamourous, and if she were, I'd bet that many, many more people would realize just how easy it is to actually be her.

Don't believe me? Don't agree? Take a stab at whom you think said this:

"Realistically, a middle-aged woman who was married without children would be much more focused on her career and less focused on this Mr. Big: ‘Does he love me?' ... ‘Does he still not love me?'"

None other than show creator Candace Bushnell herself. And she's right.

Carrie may have finally gotten the man the wanted, the apartment she wanted and the closet she wanted, but her dream was aimed a little low if you ask me. She dreamed the same dream ever since the first day she met Big. And in the end, all she had to show for that dream was a man who broke her heart more times than anyone's ever should be, a sex column that detailed her blunders as well as her Big obsession, and a closet full of shoes that any up-and-coming writer (maybe even you!) could easily use as their first coming out piece: "What Shoes Tell You About the New York Woman."

So let's all of us collectively put down the Team Carrie signs and take a lesson from the woman we all admired growing up. We don't want her life because if we did, we would find a way to have it. What we want, ladies, are good friends in a fun city and a career that looks like you don't have to wake up until noon to be successful. Find the friends, discover your city, and use social media to make it look more glamourous than Carrie Bradshaw ever did.

Then, figure out how to conquer the world with your brillant mind in the meantime. Write a book that changes lives. Figure out how to end world hunger. Help small business owners succeed. Start your own small business! Whatever you do, do it with passion and purpose. And if you get your heart broken in the meantime, by a relationship or even by the world, then dream a bigger and better dream. That is what Carrie didn't do.

Truth is, our dreams come true if we want them badly enough so want to change the world, and then do it. Carrie's story would have been better for it. Yours will be too.

Park Geun-Hye: A Woman Married to Her Country 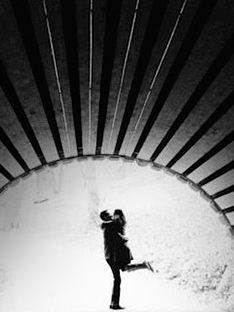 QUIZ: Which Neighborhood is You?