Editor's Letter: The Search for Adventure

Here's to wishing you a shopping experience with as much adventure as your wildest dreams!

Being from the South, there is something much more ephemeral to spring than simply warmer days and prettier foliage. Spring has always meant bare feet on not-yet-too-hot concrete, Saturday baseball games, Sunday cookouts and long nights in the backyard waiting for the sun to go down, then counting the stars until Mom said you had to come in.

To be frank, there was absolutely nothing I liked about growing up in a small, East Texas town when I was actually growing up there. My friends and I would dream of the days when we'd leave this small place behind for bigger cities, travel the world, see the unseen, do the undone and live to tell about it. We were kids who grew up with a goat farm in the middle of one of our busiest streets and for whom even big department stores were unknown, save Dillard's which had for years only a women's and children's section.

On the offbeat days that our parents would drive us the hour and a half to Houston for a dinner at a big restaurant and maybe a few new clothes, the world seemed magical. Here, there were art deco stoplights and cars shinier than anything we'd ever seen - and those cars were parked on tree-lined streets in front of Adobe style homes for miles. There were ice cream shops that didn't even call their ice cream "ice cream" and there were coffee shops in foreign languages and everyone in them seemed to both speak and comprehend the words that were so far from English.

It's no wonder that when we actually grew up, so many of my friends simply migrated to Houston. It's a big, cosmopolitan city and even the New York Times says that it is a place you should visit. Plus, it's close to home and close to family. As it turns out, when you grow up, you often lose that sense of worldwide adventure, not because you are old, but because you realize adventure has always been there, just not in the ways you expected.

Growing up, we often stole baby goats from that farm in the middle of the road (Don't worry - we returned them). I learned to spot every single constellation so well that even today, in my tiny New York City apartment, I can look out the window and see the Big Dipper and Orion's Belt as if I were in my own backyard once again. When I see the Astros step out onto the field in their old school uniform, I toss aside any plans I previously had and sit down to watch the team I grew up loving - telling everyone that in THESE jerseys they can't do anything but win. And though I've explored the depths of religions both near and far, I still sit down in a pew on most Sundays, if only to grab a dinner and maybe a beer with good friends who almost always are also from the South.

When it comes to fashion, it turns out that I didn't miss much by way of not knowing what Neiman Marcus was until I was old enough to know I couldn't afford it anyway. Because instead, I learned to dig with the best of them in vintage shops and small boutiques whose owners eventually learned my name, my family and my style better than I could ever even describe it today. I learned that the best jewelry comes from mom's jewelry box, or, better yet, one that she has wrapped up for you. I learned that shoes can make or break an outfit, but that every outfit looks better when you're barefoot anyway. I learned that the prettiest dresses are ones that flutter when the wind blows, mostly because those are the ones loose enough to allow you to hop over that fence if the cops or your ex-boyfriend happen to be heading over.

And I learned that the only store in the world that understands all of that just as well as I do is my local boutique. That one boutique where an heirloom makes much more sense than the newest trend and where a store clerk will quite literally talk you out of making a purchase merely because they know that for whatever random holiday is coming up next week, that same exact piece will be yours anyway. That one boutique where the shoes are countless and beautiful, but in which the boutique owner will properly explain how a good pedicure will serve you better than any one of the closed-toe heels in the place. And she'll follow that up with a "Go clean yourself up, girl."

I may be one of the few who actually escaped that small town for the bigger pastures of places like New York City, but there isn't a friend I know back in my hometown who is worse for being there. They have what every single one of us is looking for: loving friends and family everywhere they look.

And it is in those small towns that boutique culture thrives. It is why here, even in one of the world's most diverse and rich cities, I avoid the Chanels and the Bloomingdales for the small shops hidden away on the back streets. Because when I walk in, maybe, just maybe, that boutique owner will understand exactly what it is I want from my shopping experience: an adventure.

I hope that for all of you, Shoptiques.com is that adventure. 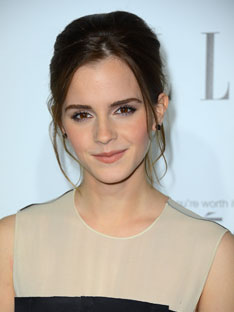