Hillary Clinton's 65 years haven't been easy, but she followed the beat of her own drummer and offered inspiration to all women along the way 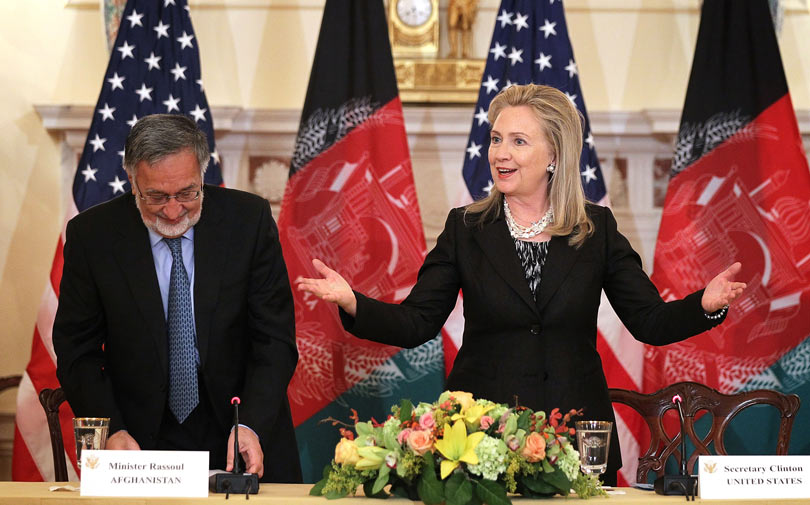 Remember back in 2008 when all the tabloids were making fun of Hillary Clinton for her choice of pants attire at debates and comparing her side by side with Sarah Palin, praising the latter for her slim skirt choices in pretty pinks and blues? Yea, that was so lame.

Then, remember in 2012, a mere four years later, when Hillary Clinton GIFs became super popular and the former First Lady laughed them off, even helping to make fun of herself, which made her even more popular amongst youth voters who were thoroughly displeased to learn that she never wants to run for president again? Yea, that was pretty cool.

Or what about when she took the blame for Benghazi, a seemingly honest and admirable admittance of failure amongst a political culture of sidestepping. Yea, that was extremely brave.

See, Hillary Clinton has certainly received her unfair share of bad press, sharing her marriage woes with the country and being called ugly and unfashionable by top men and women in the media, whose opinions did nothing to help and everything to all but hinder her rise to the presidency. And yet she took it all with her head held high, unwavering in her assertions, focusing on her goals, moving forever forward in the quest to better herself and her country despite what that country thought of her and, for that matter, probably despite what she thought even of herself.

Political views aside, Hillary Clinton is the quintessential 21st century woman. The woman who wants it all and isn't going to write an article in The Atlantic explaining how it is impossible for her to achieve it. No, that would be a waste of time. Instead, she pushes forward, redefining the means by which she reaches her goals, only willing to sacrifice the road there and never the end destination itself.

So today on her 65th birthday, I tip my hat to the lady, hoping that in my 65th year, I too will be able to say that against all the nay-sayers, I followed my dreams and that the world was better for it.

In honor of Hillary, remember to always be yourself. Be different. Follow your dreams. Change the world.

Look of the Day: Embracing Valentine's