It’s been a weird year for women and politics, especially when it comes to Republican party. Presidential candidate Mitt Romney told us that he requested "binders full of women" as governor of Massachusetts. Representative Todd Akin explained that "legitimate rape" victims have a way of "shutt[ing] down" pregnancy. And it’s a bit alarming when pundits describe 51 percent of the voting population as a "special interest voting group."

In a surprising turn of event, however, during a fundraiser in California, President Obama remarked on the state’s attorney general Kamala Harris’ appearance, saying that she was "by far the best-looking attorney general in the country."

To be clear: I’m not trying to suggest that President Obama’s comments were anywhere near the realm of Akin’s. But while Akin was demonstrates alarming ignorance, the president simply demonstrates a “well-intentioned” sexism. And frankly, it’s something that he needs to work on.

The entire situation brings to mind a similar one from a few months ago: ESPN sports anchor Brent Musburger commented on the beauty of 23-year-old Katherine Webb, reigning Miss Alabama and girlfriend of Alabama quarterback A.J. McCarron. In an opinion piece for CNN called "Give Brent Musburger a Break," columnist Dean Obeidallah claims that Munsburger was being unfairly censured, writing, "let's be brutally honest: If Musburger had been a 73-year-old woman and gushed over how handsome a 23-year-old man was, would there be any uproar at all? Of course not."

But let’s be even more brutally honest: how often does that happen? On that same note, have you ever heard a female politician present a man by his looks?

Yes, it’s complimentary. And as Obeidallah points out, Munsburger wasn’t being creepy or derogatory. But maybe this should be an indicator of the power of his seemingly insignificant comments: following the comments, Katherine’s twitter following went from 300 to 100,000, with even Lebron James following her. And during the same game, shortly after Munsburger pointed her out, Katherine Webb got a tweet from NFL player Darnell Docket asking her (in all seriousness) to go get wings with him and hit up a strip club. Unwittingly, Munsburger basically made her famous for being attractive.

And that’s the real problem with Obama’s statement as well: because the president diverted the conversation to the attorney general’s looks, I’m sitting here writing about that instead of any of the issues that she advocates. Even though he prefaced his comment on her beauty by saying that Harris "is brilliant and she is dedicated and she is tough, and she is exactly what you’d want in anybody who is administering the law, and making sure that everybody is getting a fair shake," no one remembers. We’re all too busy checking out the best-looking attorney general.

And for all that chatter to go away, we need everyone, from the president, to the sportscaster on ESPN, to the random student like me, to start thinking about what we’re saying and how we perceive others. Because no one — particularly a woman who may make a bid for higher office — should be boiled down to their looks. 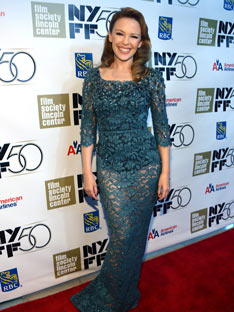 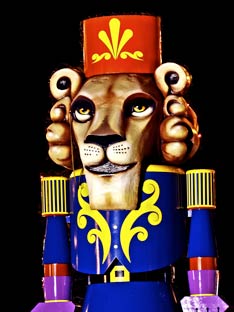 The Disappearance of the Un-Holiday