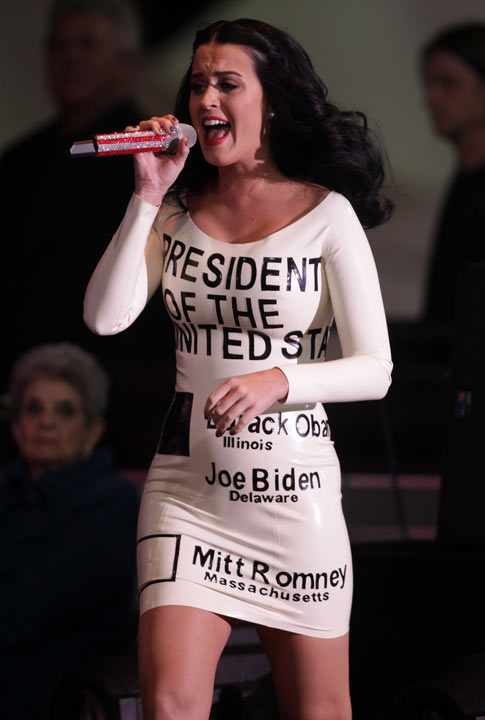 Whether she is supporting Obama verbally in front of her fans or artistically via nail art, one thing is for sure: Katy Perry is on the Obama/Biden ticket. Which is all fair and good. After all, celebrities have real power as far as encouraging their fans and followers to not necessarily jump on their icon's bandwagon, but at least become more educated about what that bandwagon might be.

Back in January, when Tim Tebow inscribed John 3:16 under his eyes during a game, the Bible verse received 90 million Google searches. No joke. Ninety million. And while no real research has been done on how many of those 90 million fans converted to Christianity or otherwise began reading the Bible, more than three percent of the U.S. population learned what exactly John 3:16 says that day.

So, when Katy Perry unveiled her ballot dress last night in Las Vegas, showcasing her preemptive Obama vote at a campaign rally, the audience went wild. As the news broke over the Internet, so did many of her fans (and news commentators) who weren't so liberally inclined. See, in a swing state where youth vote, amongst whom Perry has the most pull, is crucial, the dress stunt could seriously change election day outcomes.

In the end, let's all remember that the voter participation is paramount and despite your views on Obama, the politically parties, or Katy Perry herself, anyone who gets more people to cast their ballot is a true patriot. And for that, kudos to you Katy! 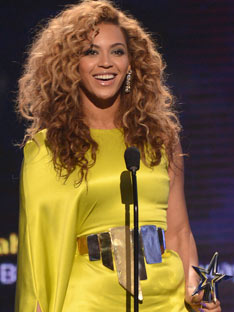 Chanel Dror: R U Jealous Yet

What Should be Audrie Pott's Lasting Legacy