Margaret Thatcher wasn't just the first female Prime Minister. She was an economic genius, a bold visionary and a role model for women and men alike.

It's a chilling moment when you are witness to history. When you see first-hand the lessons that will be taught to grade school children for years to come. When you watch moment-by-moment the affairs of the world on which the younger generations will judge us.

Today is one of those moments.

Margaret Thatcher, Britain's first female Prime Minister, has passed away at the age of 87. A champion for freedom, a role model for success, an esteemed woman by which the world is far less great for losing, but much, much better for having once ever been graced with her intellect and subsequent power.

Her "Iron Lady" leadership perhaps was uncompromising at worst, yet successful and bold at best. She laid the stones on the path to women holding leadership roles in government, and then cemented those stones together so as no woman had to accidentally trip. As President Obama said, Thatcher taught "our daughters that there is no glass ceiling that can’t be shattered."

What was it about Thatcher's leadership and ideas that were so revolutionary, you wonder? It's simple. She saw a problem, conceived a solution, and then refused to back down from that idea despite disapproval. Her dedication to her cause and her country inspired others to see her vision just as clearly as they could her. And her ideas provided a map not just for Britain, but for countries across the globe.

The Daily Telegraph noted that "“Lady Thatcher was the only British prime minister to leave behind a set of ideas about the role of the state which other leaders and nations strove to copy and apply."

In her honor, here are a few of our favorite Margaret Thatcher quotes to inspire, encourage and motivate you to seek higher, dream bigger and live a life that defies stereotypes and preconceived notions. And do it all for the betterment of the world.

"Being powerful is like being a lady. If you have to tell someone you are, you aren't."

“Look at a day when you are supremely satisfied at the end. It's not a day when you lounge around doing nothing; it's a day you've had everything to do and you've done it.”

“When I'm out of politics I'm going to run a business, it'll be called rent-a-spine”

"Disciplining yourself to do what you know is right and important, although difficult, is the highroad to pride, self-esteem, and personal satisfaction."

"I do not know anyone who has got to the top without hard work. That is the recipe. It will not always get you to the top, but should get you pretty near."

"I love argument, I love debate. I don't expect anyone just to sit there and agree with me, that's not their job."

"I've got a woman's ability to stick to a job and get on with it when everyone else walks off and leaves it." 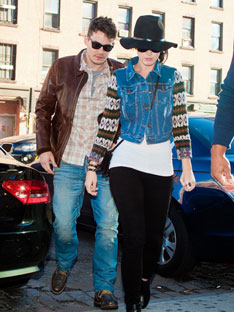 Beyonce is Back and Better Than Ever

Look of the Day: Fur Jacket