With designers opting out of fashion week, it's hard not to ask why it's losing popularity

Fashion Week has always seemed like the industry’s most impenetrable fortress: you might be able to walk into a Chanel store without the intention (or ability) to buy, but the only way you get into its show is if you’re an A-list celebrity, high-end buyer or fashion journalist.

But the event might not be as exclusive as it might seem. While Milan and Paris carefully control who can show during Fashion Week, in NYC it seems like a free-for-all, with over 300 designers vying for time in an increasingly crowded calendar. This season, some of the biggest names are jumping ship: pink-haired designer Chris Benz, feminine powerhouse Rachel Roy, Erin Fetherston, Pierre Balmain, and Vogue favorite Peter Som (pictured above with Catherine Malandrino). Even Alexander McQueen, a house that’s built its brand on its daring theatrical runway shows, won’t be showing in Paris this season — but that might just be due to designer Sarah Burton’s growing baby bump.

The irony is that while some heavy-hitters are sitting out, mass-market brands like H&M and, inexplicably, Betsey Johnson’s bankrupt label will still hold court on the catwalk.

So the question remains: What has happened to fashion week?

Maybe designers have finally gotten sick of draining money on an event that only a handful of editors and buyers (and virtually no actual consumers) can attend. According to the Wall Street Journal, the cost of a Fashion Week show is often six figures, rising upwards of $1 million for the top brands. The cost for models alone can hit $350,000. It seems that, quite literally, the costs are starting to outweigh the benefits.

Maybe it’s because designers don’t need the medium of editors to reach their consumers anymore. As former Vogue publisher Tom Florio recently said, "There are so many ways to communicate fashion today … You don't necessarily have to tell that story on the runway anymore." When you have a YouTube account, a Twitter following, and a video stream, why bother? Designer Alber Elbaz proved that with Lanvin’s latest campaign video, which overlays a Skype conversation with Elbaz for a running commentary through the shoot — a more personal version of the characteristic "designer wave" at the end of a show.

Here’s the thing: many of us would be really sad to see Fashion Week disappear. Even if you can’t get in the tents, there’s something so glamorous and exciting about looking at the pictures and imagining yourself in the front row. But I want the REAL fashion week back, where there’s quality over quantity and no reality show-sponsored presentations or commentary from Ryan Lochte. 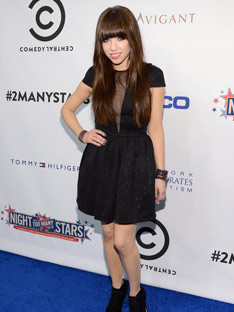 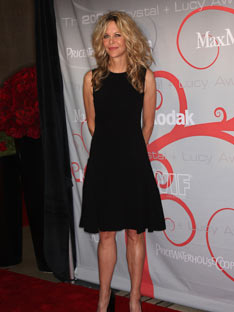