A 72-year-old man models his granddaughter's clothing line for teen girls, and her site's sales have increase five-fold ever since! 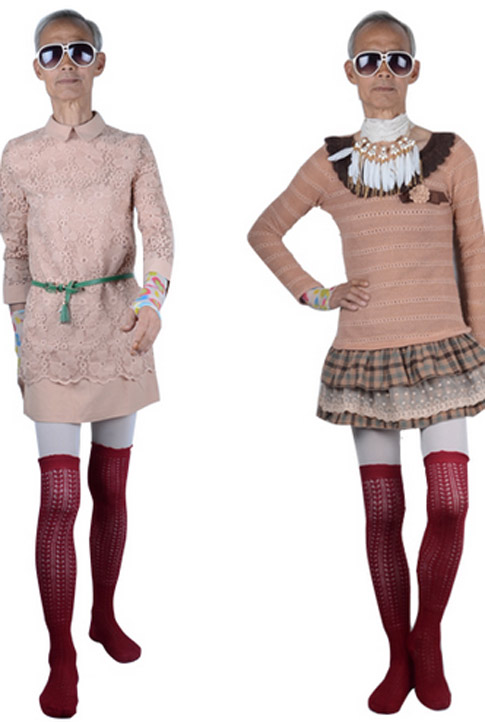 Older, wiser, trendier? Such is the case with Liu Xianping, a 72-year-old Chinese man who has become an Internet sensation modeling women’s clothing for his granddaughters internet boutique.

What started as a joke with Liu trying on a few of the gamine garments in order to demonstrate their mix-and-match potential has morphed into a legitimate business strategy. Since pictures of Liu posing in an assortment of girlish coats and frocks first graced the store’s webpage, sales have skyrocketed to five times what they once were.

This increase may be partially attributed to Liu’s superior modeling skills (his countenance on camera has been compared to that of Karl Lagerfeld), and his long, lean legs have become the object of many a teen girl’s envious sighs. However, we believe it is Liu’s joie de vivre above all else that sells the clothes.

The elderly mannequin has been quoted as saying, “We were very happy on the day of the shooting. I’m very old and all I care about is to be happy.”

While many claim fashion is for the young, and past generations can never understand the styles of today, let alone pull them off, Liu pretty clearly disproves this dissenting perspective. His take on fashion as an artful balance of doing what makes you happy and having fun is at once eternal and right on trend.

Editor's Letter: Our New Year Resolution to YOU

Look of the Day: Cloche Hat