Park Geun-Hye Doesn't Have it All

Park Geun-Hye is unlike the average South Korean woman, and her election and gender policies are far removed from the difficulties the general population faces

Among many of my Korean friends and newspapers I read, discussions lurk around the gender of the president-elect, rather than how she would benefit women's rights in Korea. Park's “first-female” prefix was repeatedly emphasized during the campaign; however, in her official campaign brochure, not a single policy on women is mentioned even though she's introduced as a “Female President Who's Ready” on the cover. In contrast, Moon Jae-in's pamphlet details his female-friendly policy.

Park has mentioned other policies that would improve women's rights and female workers' circumstances at other places. Those policies include expanding after school care service (with priority given to households where both parents work), shortening work hours for pregnant workers, rearing female talents by establishing a women's academy, and more. Talking with my Korean friends including both men and women, I often find myself speaking of Park's gender instead of her policies. Some of my friends or family members seem to believe that solely her gender could indeed improve women's status in Korea, even if she does not pursue any substantive change when she comes to power.

The emphasis on her gender and the relatively under mentioned female-friendly policies contributed to focusing on the "generational gap" rather than gender gap in the past election. While 51 percent of female voters voted for Park, only 3.2 percent more than those who voted for moon, the voting gap was most apparent not between the genders, but between the generations. Of voters in their 20s and 30s, 33.7 percent and 33.1 percent, respectively, voted for Park, while 85.8 percent and 66.5 percent, respectively, voted for Moon. Clearly, gender played a role but its extent was small enough to be marred by generational differences. A stark divide between the preferences of those over 60 and those below 40 indicates that the older generation in Kora is more likely to support the female candidate, conflicting with the generations' conventional values.

Despite the fact that many young voters, like most of my friends, did not support Park just because she is a woman, but also took into account other considerations such as policies on employment, many of my friends believe that Park's victory is a progressive gesture that would benefit the country in the long run. They seem to acknowledge the lack of specific female-friendly policies from Park's side, but many believe that the mere fact that a woman got elected as President in Korea will help many other women in the future.

In such hope, there is a tremendous ambiguity. Many Korean women would feel that Park's victory is a good thing for them but they failed to recognize "how" it is good for them. I believe this is because many Korean females rarely feel connected to Park, whose lineage (especially her repeated emphasis on the death of her father and mother unabashedly aroused nostalgia during and after the election) and choosing her career over family placed her where she is right now. As many of her critics call her ' Ice Princess' of the Blue House, she is a political elite standing distant from many average Korean females. As an example, Park's Education Foundation (yook yoeng jae dan), where she was on the board prior to her election, had their female employees sign a notice saying that once they get married, they will resign. Park's personal involvement in this Foundation is extremely vague, but such scandal shows a general indifference on her part towards women's rights in the country.

With all of these above said, I'd summarize my thoughts:

Park's victory beckons women to challenge conventional expectations of themselves and indicates that Korea is ready for women to take over the country's most important posts; however, at the same time, it seems to indicate that such victory could be only achieved on the premise of her lineage and devotion to her career. In short, while Park sets an exemplary model of female empowerment in Korea, her election is limited given that she relied heavily on her family connections and her choosing to not get married nor to have a family.

These fundamental characteristics of Park leads us to question how much she has in common with most average Korean females--who, unlike Park, often remain at the crossroads of pursuing career advancement or raising children. 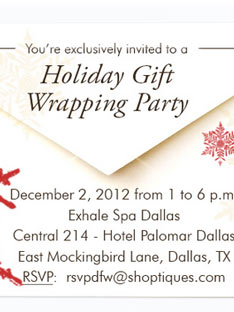