Stop with the Slut Shaming

Tina Fey delivered that memorable line nearly a decade ago in "Mean Girls," but it doesn’t really seem like anyone has taken her words to heart.

Case and point: T Magazine editor Deborah Needleman tweeted (to over 12,000 followers, I might add) "Say so long to slut clothes."

In the tweet, she linked to an article where fashion critic Suzy Menkes applauds Valentino for opting for more modest styles of high necks and longer hems, thanking him for "wip[ing] out a decade of slut style on the runways."

I don’t really have much to say on Valentino’s collection: to me, it looked like beautifully made clothing that anyone would be lucky to own. What I do take issue with, however, is the idea that a woman who decides to wear a skirt above the knee or a shirt that doesn’t button up to her collarbone is suddenly branded a slut. It seems insane that in this day and age we would even have to assert that point — and the idea that prominent fashion players are even using the word “slut” is disheartening. It enforces every stereotype that fashion is a judgmental, superficial world, when in fact, clothing itself — burned bras and all — was one of the fundamental ways in which women empowered themselves and liberated themselves in the struggle for women’s rights.

Unfortunately, feminism hasn’t overcome this particular hurdle; even though, as Chloe says, you can’t "reasonably assume" anything, in our society we assume a whole lot more about that girl in a short skirt. And every time you do, you’re buying into this narrative that what you wear dictates how you might act. You’re turning clothes into something they’re not: a sign of consent.

Beyonce is Back and Better Than Ever

You're invited to our 1-year anniversary party! 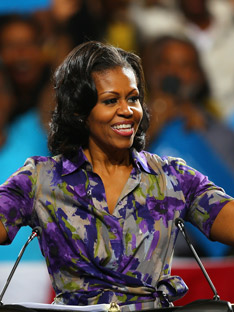 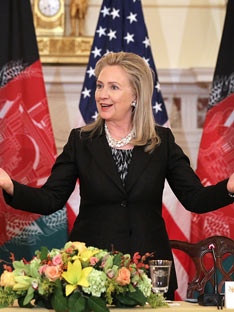