30 Rock may be ending, but it'll be a long time before anyone can top Liz Lemon

And though the show boasts some of the funniest characters on television, from the naïve NBC page Kenneth Parcell to Alec Baldwin’s conservative but snappy studio exec Jack Donaghy, Tina Fey is the saving grace of the show she created.

Her character, Liz Lemon, is above all else, relatable. She doesn’t incomprehensibly buy designer clothes off of a freelance budget like Carrie Bradshaw, and isn’t perfectly made up like Mary Tyler Moore. Rather, Liz Lemon is the type of person who’ll put on a snuggie and eat an entire pizza in one sitting. She is, quite often, a mess.

But here’s the thing: she also runs a show. For her quirks, Liz Lemon knows how to do her job, embodying her own mantra, "You’ve got Lemon, make lemonade." And for women in comedy, this unexpected heroine has opened a new chapter. On screen, Liz is simultaneously goofy and professional, a hard ass and an absolute pushover. She doesn’t play second fiddle to anyone else, like "Seinfeld"’s Elaine or the women of "Friends" — and in doing so, she’s paved the way for a new guard of comediennes, from "2 Broke Girls" to "The Mindy Project" to "Girls."

So why is television shifting to the Liz Lemon Model? Because women have been waiting for the working woman who’s also a nerd dressed up in Star Wars gear. No, really...we have been!

So, after seven seasons (and according to the show’s writers, an estimated 23,000 punch lines), we say goodbye to Liz Lemon. Hopefully Tina Fey will head off into the sunset and write another "Mean Girls," or perhaps move back into improv (you know you’ve missed her on SNL).

But in the words of Jack Donaghy, "From a grateful nation: 'Thank you Liz Lemon. There’s hope for us all.'" 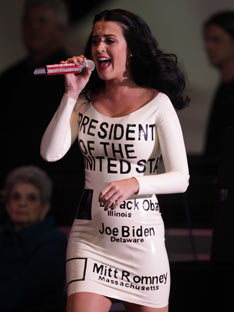 Look of the Day: Fur Jacket