Beginning with a trip around Africa and landing in Paris' Marais neighborhood, Matières à Réflexion has made a name for itself and the designer pieces it sells.

As a reference to the trendy Marais neighborhood, Matières à Réflexion boutique is well-known and widely respected for its choice of designers, whom owners Cyrille and Laetitia often discover at a very early stage.  On average, only one new brand makes its way into their selection each season, and the one who does is highly regarded in the Parisian world of fashion.

Cyrille and Laetitia started their careers in very different worlds before they opened their boutique in 2006. Laetitia, trained as a stylist, had been working in fashion, climbing the ranks of a large French ready-to-wear group until she became head of styling for one of their brands. Cyrille, a business graduate, was more into creating and running companies.

In 2002, the two-some took a break, deciding to travel around Africa for a year with one clear goal in mind: spotting the best fabrics to use for the pillows and furniture clothing they wanted to design.

Everything went according to plan, except that when they started selling said pillows, several boutiques owners suggested that they fold their pillows in half to create bags.

Heeding the advice, they tried out the suggestions, liking the outcome so much that today they’re still designing bags. However, they're material choices have changed.

No longer using African fabrics, Cyrille and Laetitia now opt to make bags out of recycled leather jackets. In fact, you can come in with your own leather jacket and they'll create a personalized bag out of it just for you! It's the best way to make your beloved but slightly out-of-fashion leather jacket an immortal piece.

Check out these handmade pieces:

Cyrille and Laetitia design a new collection of bags twice a year, creating new models and renewing older versions with new details and colors. They design on site, not only in the large workshop just behind the boutique, but also inside the boutique, where they can often be seen pinning studs or drawing a new model next to the antique sewing machine.

Before Matières à Réflexion first opened, recycling was not as trendy. Rather than trying to convince resellers that recycled pieces could be stylish, Cyrille and Laetitia decided to open their own boutique.

However, a boutique that only sold bags didn't seem entertaining enough, so the two decided to add a selection of clothes and accessories as well. Thus, one of Paris' first concept stores was opened.

They decided to settle in the Marais, in a part of the neighborhood that felt a bit abandoned at the time. The Marais is a bit like Soho in London: initially very artsy with lots of workshops, then more art galleries, then more and more boutiques, but always keeping some of its identity. Traditional jewelry suppliers are still around, making chains, soldering gold, drawing sketches, and the like.

To decorate their boutique, Cyrille and Laetitia chose loads of furniture from flea markets. Jewelry is laid on a large upholstered table and a shelf is held by vintage hooks.

The fact that they’re working on their creations inside the boutique also adds to the charm and decor of the little Maris boutique.

Cyrille and Laetitia only selects designers they love and keep them for a very long time. Charlotte Sometime is one of them. A true Parisian, she’s famous for her woolen creations, like hats, scarves and especially mittens, that she almost single-handedly put back in fashion in France.

Her ready-to-wear is also a big hit, and Marion Cotillard has been spotted in New York recently wearing one of Charlotte’s t-shirts! There’s always a little detail in each creation by Charlotte that makes it special and unique like a pompom on a hat or metallic thread in mittens.

In France, only exclusive concept stores such as Colette and Matières à Réflexion sell Lala items. Their merchandise is mostly contained of beautiful scarves with delicate prints in high quality fabrics, like this scarf with falcon print or that multicolor one in alpaca.

The latest discovery of the boutique is Anne Thomas. A Lyon native, Thomas had a genius idea two years ago when she started mixing velvet and jewelry in eye-catching patterns.

Geometric shapes and bright velvet colors mix perfectly with touches of gold, as seen on those cuffs, necklaces and earrings.

Another very successful jewelry designer within the store are Vanrycke, who works a lot with pink gold and has a definite taste for very fine and delicate jewelry.

Check out these select Vanrycke pieces:

Check out some of Cacheux's pieces: 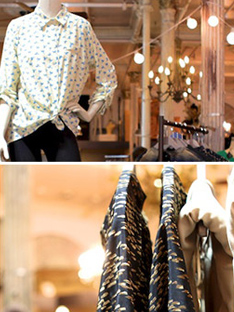 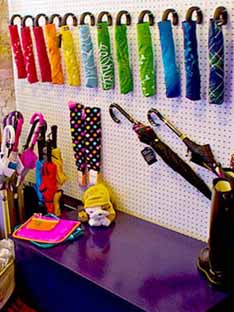 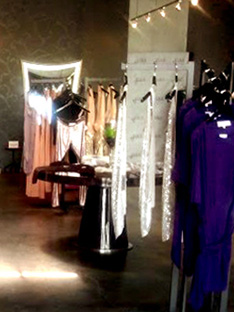 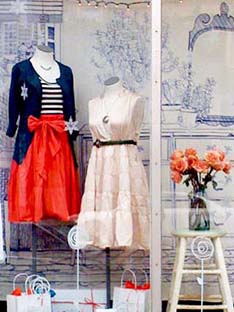 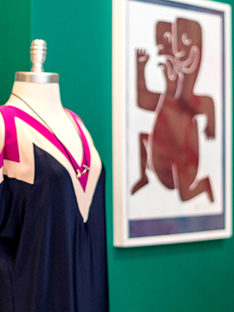 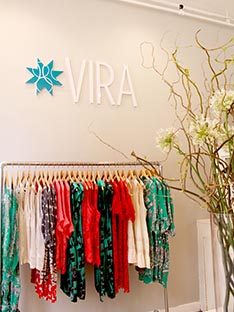