These fashion-forward ladies add edge to the graphic print tee trend by adding their personality to the mix. Let their styles inspire your own!

Graphic tees aren't new. Ever since the spring 2013 runways back in the fall of 2012, we knew that this graphic trend was about to go big. Before spring even hit, editor's and blogger's alike were showing off their graphic print sweaters and sometimes even jeans. All of that was just the beginning of what is about to be a graphic boom of sorts - and celebrities ahead of the trend are already showing off their printed tees.

Here, we break down their look so you, too, can rock a graphic print whether the paparazzi is there to grab a snap of it or not. Let's get started!

You might not think much of the younger sisters of the Kardashians, whom themselves are markedly NOT Kardashians (Jenner runs in their blood), but Kendall Jenner is at least a B-list star in her own right. Dubbing as a supermodel when she isn't being called out as the half-sister of the more notorious crew, Kendall hits up parties and events as a hired celebrity, too, pulling in cash that the normal-dwellers of us might never see (sigh).

So it comes as no surprise that Kendall's shirt shows off her true personality - or the one that she is at least faking until she makes it. You don't have to get all high and mighty with your aped look, but you might as well. Go big or go home with a shirt that tells the world who you are, or at least who you want to be.

OK, perhaps Vanessa Hudgens isn't the quintessential picture of fashion-forward style. If you've seen Spring Breakers, you probably don't think she is the quintessential picture of anything other than...well...let's not go there. Yet, Vanessa's casual cool fashion comes out in full-force when she is caught off the red carpet. Perhaps she pushes the limits when in the public eye, but for her private life, she looks just like any one of us - and we're kind of loving it.

Get her American pride graphic print look with this Parisian-made tee that will make the ex-pat in us all a little homesick.

Rihanna is never one to forgo a trend, except that she is usually setting them. Whether she is chopping off her hair and bleaching it or taking a plunging v-neck to a level not even seen in the '90s, RiRi has an enviable style, and a body that makes it work. It comes as no surprise then that when wearing the graphic tee trend, RiRi showed off as much skin as possible without messing with the graphic tee's message.

If you have a hot bod like our girl RiRi, then you, too, should show it off. Flaunt what you work hard to get, girl! And then give us some of your staying fit tips!

If you thought you'd make your way to Shoptiques.com and find yourself not hit over the head with Queen B admiration, you thought wrong. The woman is doing it all - and supporting and encouraging other women to do so as well along the way. You can't hate on a girl for being awesome when she is helping others to be awesome, too. Really, you just can't.

Plus, Beyonce is down to earth and honest (being a Houston-native and all!), explaining that she isn't naturally thin and that her body is something she has to work for - hard. Maybe her way of keeping the pounds off is by wearing her favorite foods rather than eating them. Not a bad idea...those it doesn't taste as great. 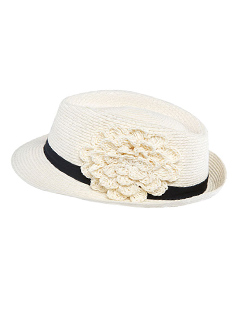 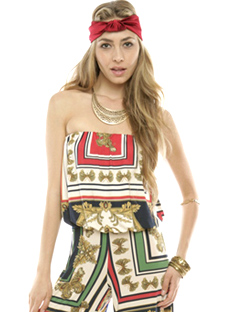 20 Best Dresses To Wear To A Summer Wedding