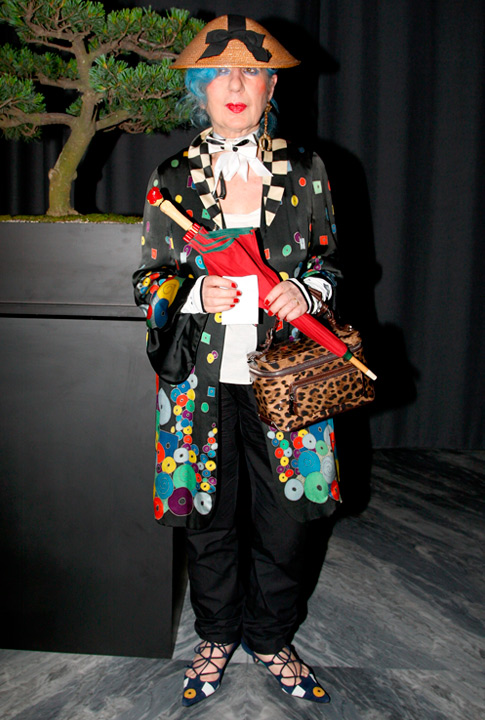 She had blue hair before Katy Perry and wore Kewpie doll-makeup before fashion writer Lynn Yeager. She was often described as the “walking museum” due to her vast knowledge of fashion history and her immense wardrobe, which included a vintage collection spanning over 200 years. She claimed not to have left home without a hat since the early 1980s. She counted designers Karl Lagerfeld, Vivienne Westwood, Stella McCartney, Stefano Gabbana and Manolo Blahnik among her friends. She was Anna Piaggi—fashion journalist and Vogue Italia editor, and she died this week at home in Milan, at the age of 81.

Piaggi’s influence on the fashion world is virtually immeasurable. For over 50 years, she contributed to numerous publications, most notably Italian Vogue, where, in the 1980s, she introduced the doppie pagine or double page feature, which juxtaposed images of runway styles with the cultural reference points that inspired them. She is widely credited with bringing vintage fashion to Italy, and in 2006, an exhibition of her wardrobe at the Victoria and Albert museum in London, entitled “Anna Piaggi:  Fashion-ology” drew a record 25,000 visitors.

Piaggi was known as much for her own eccentric fashion sense as she was for her countless contributions to the industry. Her playful and irreverent approach to dress is best summed up in her own words, spoken to Women’s Wear Daily: “My philosophy of fashion is humor, jokes and games. I make my own rules.” 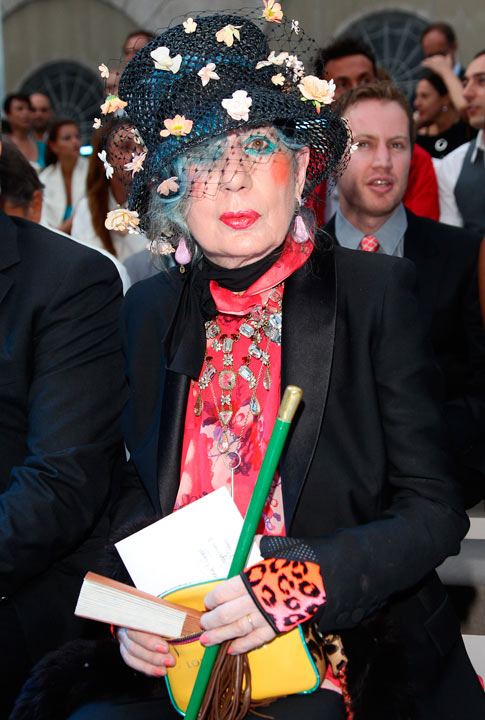 Piaggi’s personal style was arguably more about rule breaking then rule making. Her sartorial trademarks included a crimped crop of blue hair, theatrical makeup, and her collection of outlandish hats—many of which were designed by British milliner Stephen Jones, who also designs headgear for the royal family.

Jones credits Piaggi as his muse and in a statement to The Associated Press describes her as “a talisman for all those around the world who believe that fashion is a way of life and that freedom of expression should manifest itself in what we wear.” 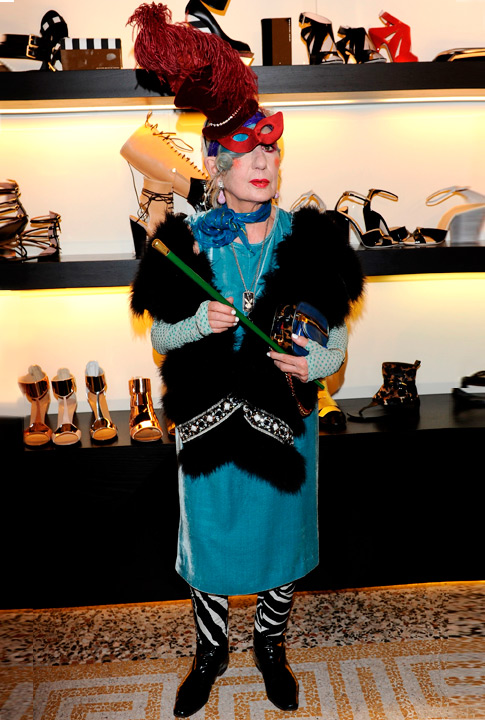 Karl Lagerfeld was equally filled with praise for the late icon. “Anna invents fashion,” he has said of the woman whose ensembles he sketched on numerous occasions. And it was famed New York Times street style photographer Bill Cunningham who once described Piaggi as a “fine poet in clothes.” 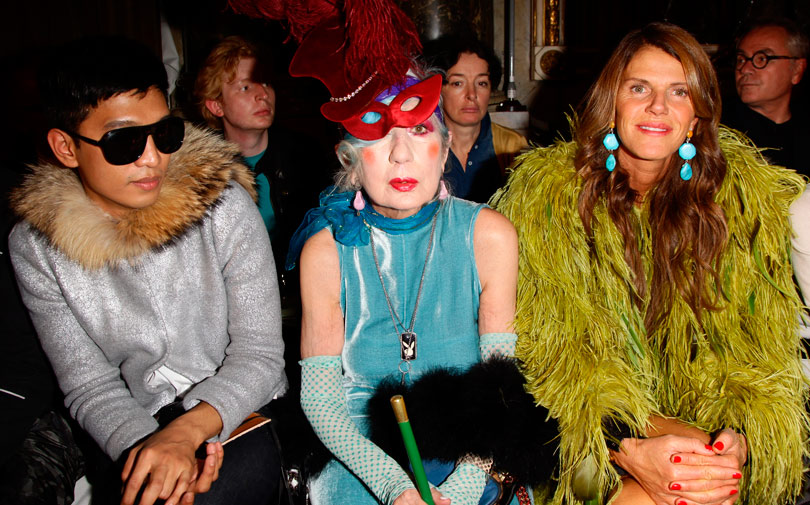 While the fashion community grieves the loss of one of its great muses, it also celebrates her legacy. Piaggi’s insistence that trends be rooted in distinct cultural and historical moments undoubtedly contributed to the late twentieth-century emergence of fashion as a serious intellectual field. Yet even as she fought for the cerebral credibility of the industry she loved, Piaggi’s greatest triumph was in never taking herself too seriously. Although she saw that the breadth and depth of fashion’s influence went far beyond the pages of Vogue, she also understood that, on an individual level, fashion is just plain fun. In mourning Anna’s passing, one remembers foremost the joy she felt in the simple act of self-expression. A pleasure exemplified in her commission, oft repeated, to Jones: “Ah Stephen, I am doing a wonderful thing and I need a new hat.” 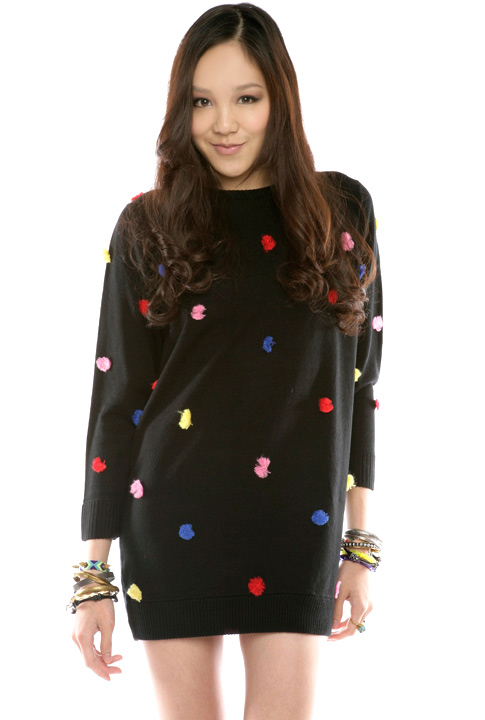 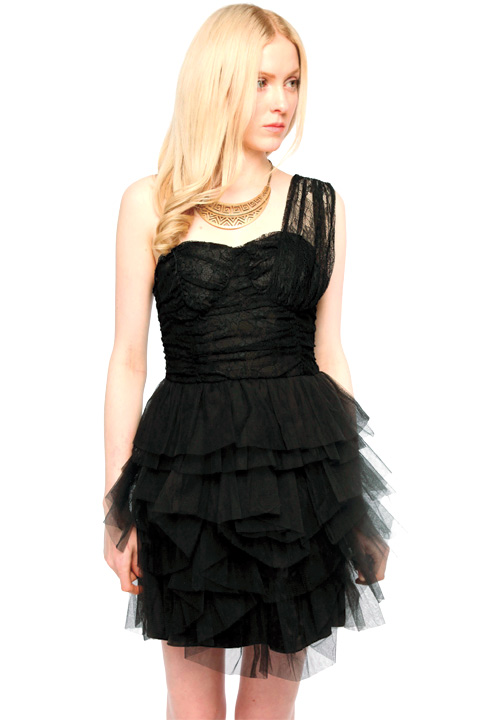 The dramatic silhouette of this tulle-and-lace cocktail dress calls to mind some of Piaggi’s more theatrical ensembles. 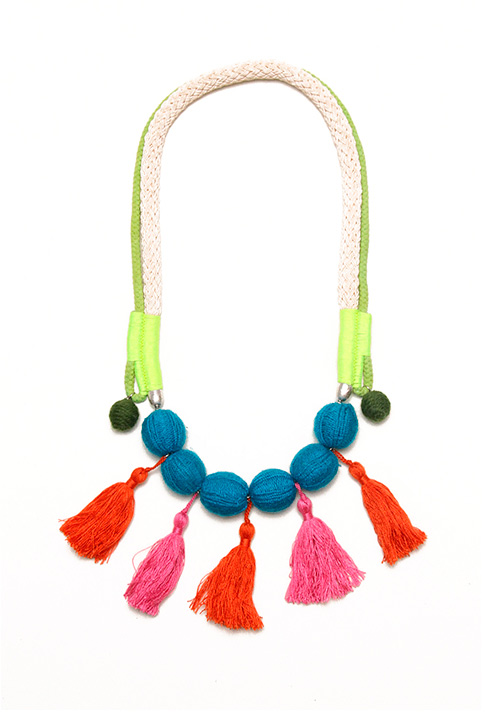 Piaggi never shied away from accessories. This tribal necklace is a bold pick for a brave Piaggi disciple. 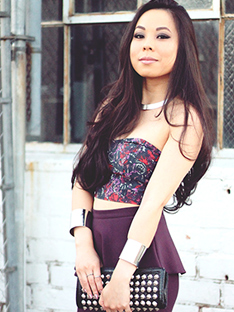 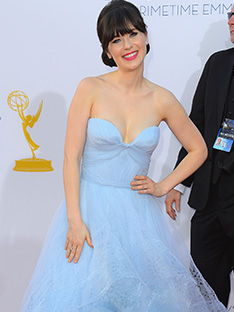 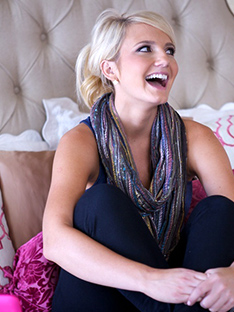