The State of Fashion:
Memorable Moments

As more and more women make top headlines in political commentary and debate, their personal styles offer us inspiration and party affiliation like never before. Here are our top political picks for 2012.

Let’s be honest: we could all take a hint or two from the Obama ladies. Sasha and Malia have not surprisingly taken after their mother in catching the sartorial eye of the country. All three of the Obama women have made flats and kitten heels a dress-up staple. They know exactly which cuts and silhouettes flatter them best, proving that sticking to what you know works is never a bad idea.

By the end of her term, Secretary of State Hillary Clinton will have traveled over a million miles and clocked almost 2000 hours of travel time. Her no-nonsense leadership in the State Department often translates to her wardrobe, but we love the pop of color she added to her low-key travel ensemble.

Our breakout girl crush of the year is ABC’s senior foreign correspondent, Martha Raddatz. Expectations were low after PBS’ Jim Lehrer took heat for how he moderated the first presidential debate, but we breathed a sigh of relief when Raddatz proved she’d take the reins on this vice presidential debate. Her sharp questions and grasp of content gained the respect of many (as evidenced by a flood of applause for Raddatz in social media outlets). She started with the terrorist attack on the U.S. embassy in Benghazi, Libya, asking, “Wasn't this a massive intelligence failure, Vice President Biden?”

Talk about a woman who exudes strength and perseverance, Gabrielle Giffords is our comeback pick. Former Arizona congresswoman Gabby Giffords resigned her congressional seat in January, about a year after she suffered a gunshot wound to her head. We had lumps in our throats when she energetically recited the Pledge of Allegiance at the Democratic National Convention, and we felt assured that she’d be back in the future just like she promised.

We get the memo. Both Michelle Obama and Ann Romney wore bubblegum pink to support their husbands during the second Presidential Debates in October. While it may be too ladylike for some, we thought it was a fresh take for the FLOTUS and candidate. 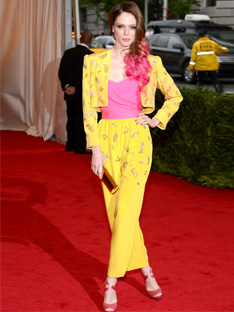 How to Wear:
Pink 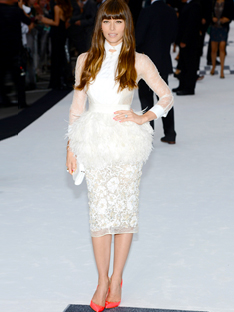 Frankly My Dear, We Don't
Give a Damn: Showgirl Chic

How To Wear: Tomboy Style

How to Wear: The Little Red Dress 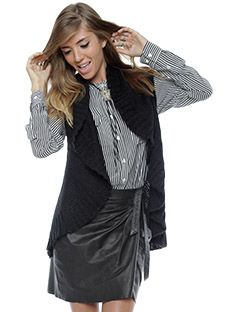